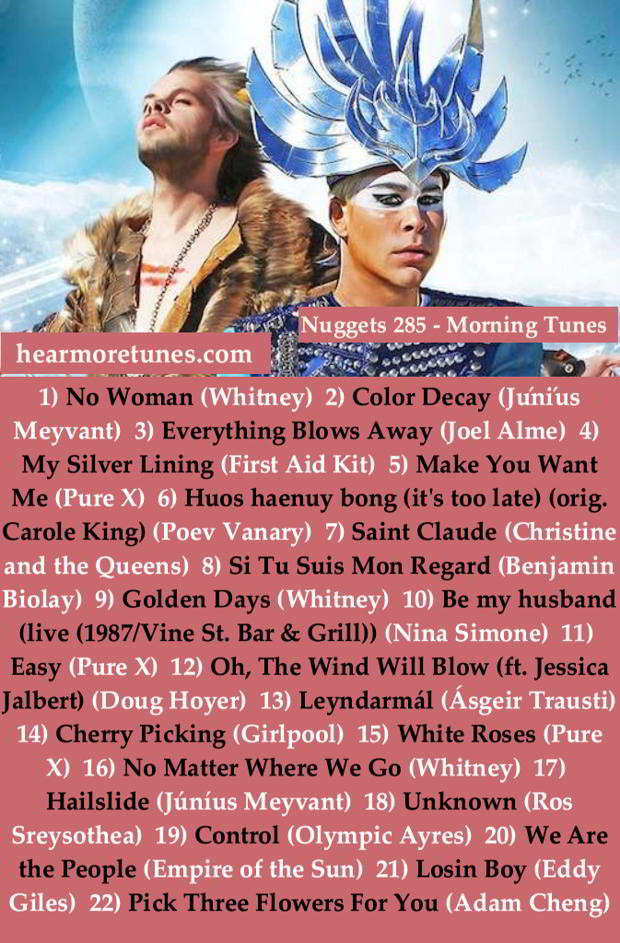 Here is a mix that I use to get me in the mood for the day. The mix features warm brass and sugary vocals.

First off is Whitney who are visiting Auckland next year for Laneways. Great breezy sound.  I like the woodsy video. I am reliably informed that they are all city dwellers. Talking of Laneways, Empire of the Sun would be an excellent headliner…
The Adam Cheng track is a personal favourite. This is taken from an early album before he became a megastar. 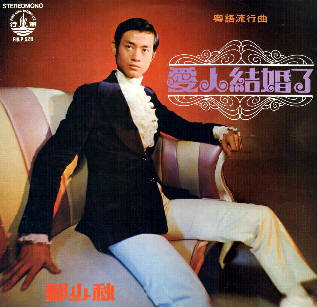 Benjamin Biolay, Christine and the Queens and Jacqueline Taïeb inject some je ne sais quoi into the mix, then there is a heavy nordic push from Ásgeir Trausti, First Aid Kit, Júníus Meyvant and Joel Alme.

Cambodian singers complete the mix along with some random American voices (Pure X, Nina Simone and Eddy Giles), two Australians,  Olympic Ayres and Empire of the Sun and a Canadian (Doug Hoyer).

Not the right song but equally fab -- those horns ! This playlist has become part of my morning ritual – a gentle introduction to my working day.