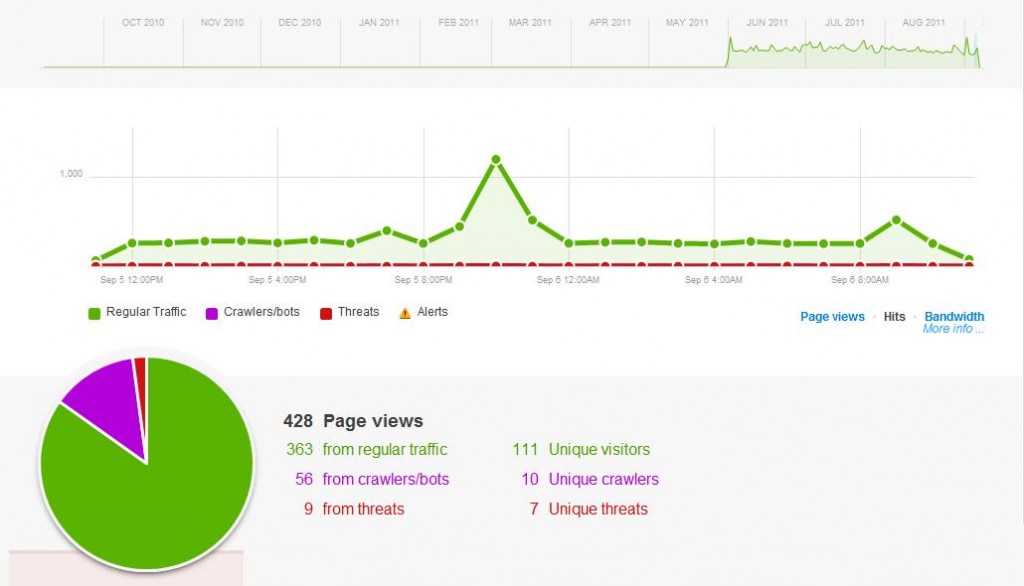 My posts here include playlists hosted by Grooveshark. It’s a fine service. Grooveshark is about 6 months ahead of the competition in allowing users to listen to their music ‘in the cloud’. What does that mean you may ask? Read on gentle reader.

Before records there was…

To understanding where  Grooveshark is going you need to know where we are coming from.

Long ago (actually prior to 1877) all music was live (ignoring player pianos). Sheet music allowed musicians to play the latest tunes, but without a band, you were buggered.

Edison et al changed all that, now you could have a portable copy of your favourite tunes. All you needed was a wax cylinder 78 LP 45  CD and a phonograph record CD player, and the music of the world was yours.

In 1994 the Germans (and others) changed all that, more particularly the scientists at the Fraunhofer Society who perfected a method of compressing music so it could be saved in smallish MP3 files.  MP3 files could be played on any computer, and later CD players and MP3 players.

One of the first computer programmes to play MP3 files was WinAmp.

To organise the MP3  files so they played in the right order, like on an album or CD, the writers of WinAmp invented another file, the M3U file. It’s nothing special, a short piece of text listing the MP3 files in the order they are to be played. C’est voila

I.e, the name of the tune and where to find it on your computer.

Apple, being Apple, eschewed the M3U format and went for a crazy XML file format for their playlists. However, the principle is the same. The album of old can now be represented by a small file with links to where the actual tracks can be found.

The next step was obvious, rather than pointing to a file on your computer, the file could live somewhere else on the web.

So, its 2011, and your records (i.e. the playlist ) can live anywhere. Do you still need your CD or MP3 player? No, (nearly) any device with access to the internet will do.

Grooveshark has a web interface that looks like a sophisticated MP3 player. From this page you can: 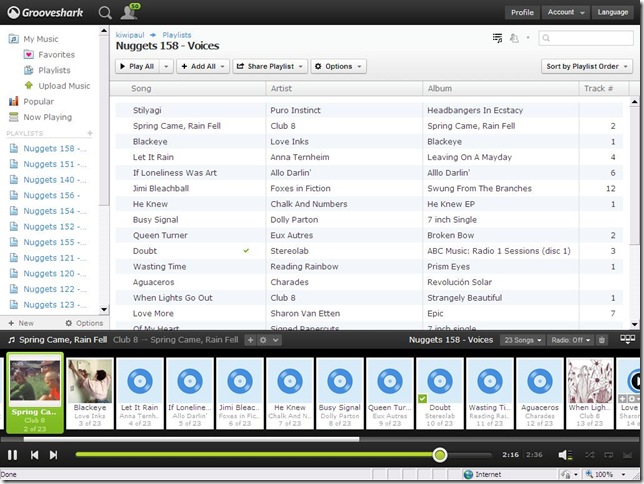 The pretty interface is presented using Adobe Flash. This software is ubiquitous on PC’s, but missing from most phones and some tablets. Enter the dedicated phone versions of the Grooveshark software. Players are available for most types of mobile phones. I have the Nokia version running on my phone – an E71. The playlists crafted on the web version of Grooveshark appear on the phone. Even better, the programme has an ‘offline’ mode. This means that you can choose to suck down the songs and have them stored on the phone to be played later. If you do this using your Wi-Fi connection on the phone, you won’t eat into your data allowance. 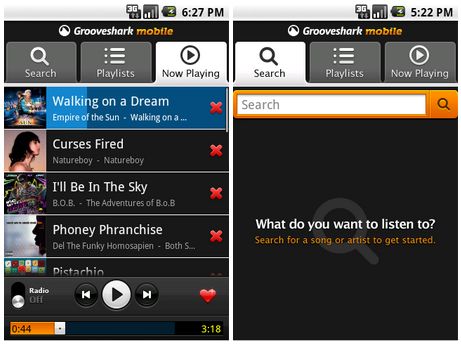 The playlists can also be shared by embedding a Flash player on a website. See below for examples.

The Flash  based web app has been reworked several times, and now runs sweetly. It’s reasonably responsive and lets you doing nearly everything you could in, say, ITunes. It’s brilliant to have so many tunes on tap. It can be time consuming to recreate ITunes playlists.

The phone app occasionally locks up (at least on my Nokia), but generally runs well. Again its a real boon to be able to pull your phone out and to listen to a playlist you set up back at home. Also pretty groovy to tap in the name of a band / song, and listen to a track a few seconds later.

The quality on the desktop and phone is fine, 128K MP3 or better.

Is it time to sell your IPod, and ditch your CD collection?

There are problems, some technical, some practical, and some legal.

The technical problems stem from relying on the internet to deliver the music. If there is a problem with your internet connection, then no music. The mobile application (at least on my Nokia phone) is still buggy and locks up occasionally. I am also having a problem getting the phone to keep in synch with the desktop version of Grooveshark. Some playlists generated on my PC aren’t turning up on my phone, and visa versa.

These are teething issues that will go away given time.

There are practical problems that can also be fixed. For instance getting the playlists on my PC into Grooveshark is not straightforward. For the moment it involves exporting the playlist from ITunes (that pesky XML file), and uploading it to another website ( http://groovylists.com/ ) where an enthusiast has written a programme to convert it into a Grooveshark playlist. Grooveshark should have this feature built in.

Listening to music on your phone also involves some challenges. For instance my Nokia E71 has a silly 2.5mm headphone plug, so I need to use an adapter to plug my headphone in.

There also the problem of how to play music in your car. At the moment I rely on CDs and my IPod. Car stereos don’t (yet) come with internet access. Plugging my cell phone into my car stereo works, although that’s slightly inelegant.

As I said, these are matters that can be fixed given the time and money.

What about my ratings and other metadata?

A real problem. I rely on my ratings to track which songs I want to hear again. My tunes live in specific playlists in Itunes that help me find them again. For the moment the playlists in Grooveshark are not in synch with Itunes, and Grooveshark doesn’t allow you to give songs a rating. At best you can tag them as a favourite. It’s like having access to a record store, but every time you come back, all the albums are back in the shelves. There are ways around this problem that I will review in another post. However, it does make the cloud based services less user friendly.

There is a bigger problem. That’s the efforts being made by old media to prevent companies like Grooveshark hosting ‘their’ music.

Grooveshark relies on users to upload music. It also allows you to listen to music uploaded by others. Hitting search gives you access to around 5 million tunes. The publishers of those tunes are not happy that Grooveshark users can access them without paying the publishers. Grooveshark says that it is working with the publishers, removing songs when requested, and suspending the upload privileges of account owners.  This is causing grief for Grooveshark users. There is no way to check ‘in advance’ which tunes are claimed by the publishers. Kowtowing to the publishes also ignores the wider issue, the right to listen to music that has been purchased on different ‘players’ without being required to purchase another copy. Most counties allow limited format shifting, and it appears to be legal in New Zealand.

Grooveshark was one of the first cloud based music services off the starting block, but the field is about to get crowded. Amazon now provides hosting for songs purchased from Amazon, with space for users to upload their own music. They offer a player for Android phones. Apple is the gorilla in the corner, everyone expects it to offer a cloud based service real soon. For the moment it is freezing out Grooveshark users because it removed the Iphone application from the App Store. Google, puppet masters of the Android franchise, also booted the Android app out of its marketplace. It is trialling its own service.

All these players want a slice of the action, taking money from consumers as they host and dish out tunes wherever they are. Given the financial muscle involved, the music will get to the web, with or without the agreement of the music publishers. We are on the way to what a researcher has called the 360-degree experience, music cut free from any hardware constraints. 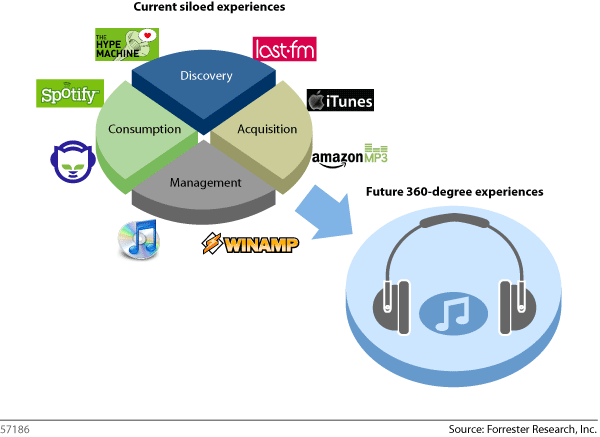 You can use Grooveshark without paying a cent, as long as you are prepared to put up with adverts. This is a sensible compromise, although I paid up to get rid of the adverts. The problem is that the ad’s take up a slice of the screen making working with your tunes awkward. If you pay up you also get a dedicated player for use on your PC / laptop. The mobile apps work for a while sans paying, but I understand that they ‘time out’ after a while unless you subscribe.

There are a couple of subscription offers, but the best deal is to head over to their store and buy something as most items include a subscription. I contributed USD20 to the Japanese Tsunami appeal for instance and I obtained a subscription for a year. Pretty reasonable for what you get…