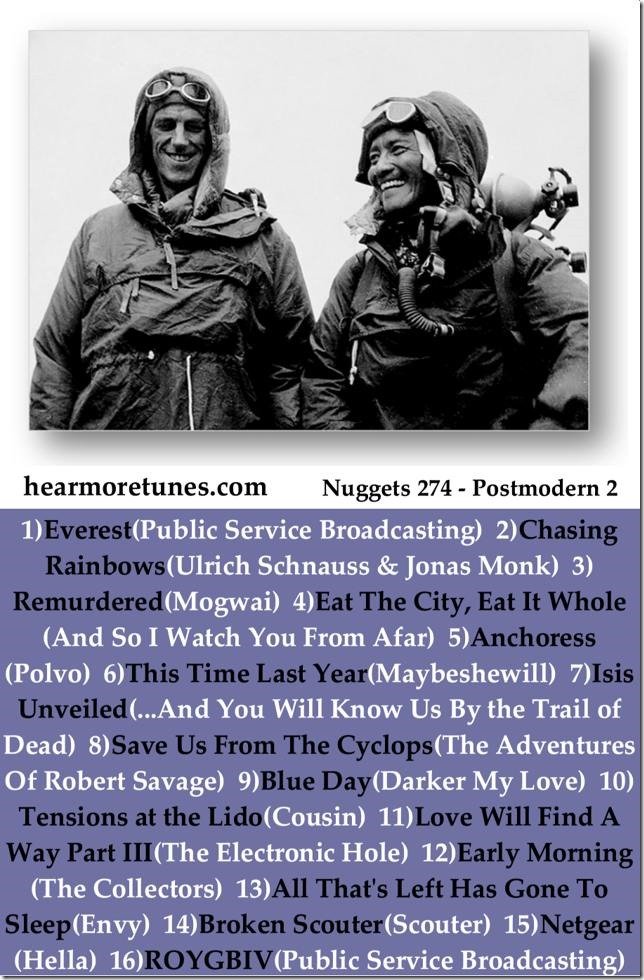 I struggle to define what Postmodern music is. I associate the genre with longer tunes, mainly instrumental and more jazz like than, say, Prog or Psychedelic. In spite of my conceptual difficulties, here is a whole mix of tunes with a postmodern vibe.

A playable playlist follows, or try this link to Grooveshark…

Public Service Broadcast -- 3 clips here… Post modern in all the senses. This band played at the recent Womad festival in New Plymouth. They would have been magnificent playing on the pond stage. Their latest album recycles space travel themed audio. Watch them play and be interviewed on KEXP if you want to find out more (it’s the third clip)

Listen to the whole album below…

Remurdered from Mogwai’s 2014 album -- Rave Tapes . I saw Mogwai recently. Very loud. Nothing else to add. Did I mention that they were very loud?

Eat the City Eat It Whole by …And so i Watch You From Afar, the last track from their self titled album of 2009.  Instrumental rock with lots of sonic variety.

And So I Watch You From Afar - Eat The City, Eat It Whole

Anchoress by Polvo from their 2013 album, Siberia. I can’t find any clips of this tune, but here’s a clip to give you the vibe of this 1990’s band which recently started playing live again.

...And You Will Know Us by the Trail of Dead - Isis Unveiled (OFFICIAL VIDEO)

Save me from the Cyclops by Robert Savage from The Adventures of Robert Savage Vol.1. This is an obscure band from the 1970’s and no, there wasn’t a volume 2. I am probably tipping over into Prog, so what.

ROBERT SAVAGE - Save Us From The Cyclops

Cousin -- Tension at the Lido from And Other Relations EP (2011) from Brighton (UK, not Dunedin) 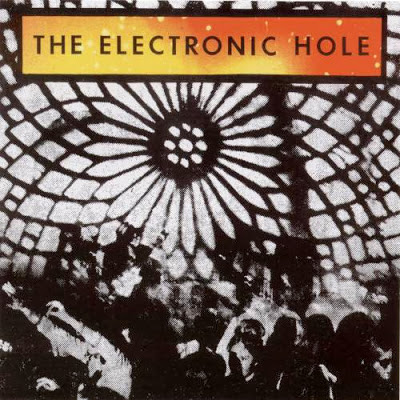 Early Morning by The Collectors from Grass and Wild Strawberries (1969). Ditto 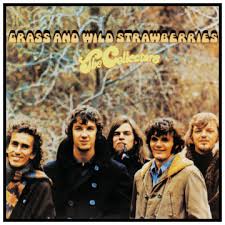 Envy -- All That’s Left Has Gone To Sleep from Abyssal (2008). Japanese noise merchants. Move over Mono. Different song follows, but you get the idea.

No video of this song, but check out the most excellent drumming