Reasons to love a cover;

Another mix of covers follows. You will notice a change in the music player. Problems, problems… Click away and you will figure out what to do.

I am particularly fond of the Juliana Hatfield cover of the Olivier Newton John song. She has turned it into a real banger.

The Bennie & The Jets cover is also fab.

Looking forward to seeing Teenage Fanclub when they play next year.

First up,  I’m So Happy Now by Willie Wright. Willie didn’t chart during his early years but this re-release has brought him acclaim -- great vibe.

Great cover. The whole album is worth a listen. Even better -- buy it below.

This is from the ex Casiotone for the Painfully Alone guy Owen Ashworth performing now as Advance Base. It’s from his 2014 compilation -- Plastic Owen Band: Collected Covers, Compilation Tracks, Demos & Rarities 2011-2014 mixtape. You can buy it below.

I have a soft spot for Mr Ashworth and looked forward to his tour a few years back. On the night I went instead to a benefit gig for Chris Knox reasoning that I would catch Ashworth the next time he was in town. After that tour he retired his Casiotone for the Painfully Alone personae -- gad. From this mixtape it seems he occasionally ‘covers’ his songs from Casiotone for the Painfully Alone -- there is a good cover of Natural Light.

Lola (orig. The Kinks) -- The Raincoats

Its Our Time -- Half Japanese

He is crass and the audience is heckling him. Pritchard recognizes the comedian, it is Ron Palillo, better known for playing Arnold Horshack in the 1970s sitcom -- Welcome Back Kotter.

A song with a message from these punk beatmeisters. These tracks are off their latest album -- English Tapas.

This track is not on Bandcamp but other albums are -- https://bombino.bandcamp.com/ 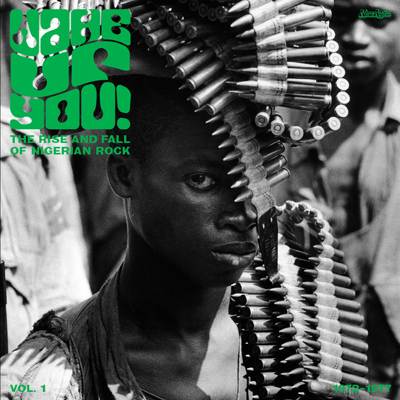 When You Dance You Can Really Love (orig. Neil Young) -- Crazy Horse “Dylan knocked at the front door and asked the woman who answered if Dave
was in. As it happened, her husband was also called Dave, so she said: “No,
he’s out on a call at the moment”, and Bob said he’d wait. Twenty minutes
later, Dave -- the plumber, not the rock star -- returned and asked the
missus whether there were any messages. “No”, she said, ” but Bob Dylan’s
in the living room having a cup of tea”.