Punk never made it to Invercargill. I saw flashes of it on Radio with Pictures (not many kiwi bands although I remember Suburban Reptiles and The Scavengers). There was a more active scene in Auckland although it didn’t get much mainstream press coverage.

Neil Young was played at parties.

REM came to Christchurch in 1979 as did Violent Femmes and then I was off to the midwest of America – Mountain Dew, Football and Nixon. I was near the Appalachian Mountains so lots of Bluegrass banjo pickin’ and country music. The Bangles were on AM radio and REO Speedwagon and Rush played on the 8 track cassettes in the big Chevy trucks.

By 1982 I was in Dunedin; the Jam, the Dunedin sound and everything Velvet Underground.

So I guess I missed punk. However I have always loved the energy, the excitement, the attitude. Kids making loud music and swearing.

I am a big fan of Bad Banana (aka Katie and Allison Crutchfield from PS Elliott) and their album Crushfield. (Get their demo here or listen unplugged here.). Katie’s new sound is a little more refined. 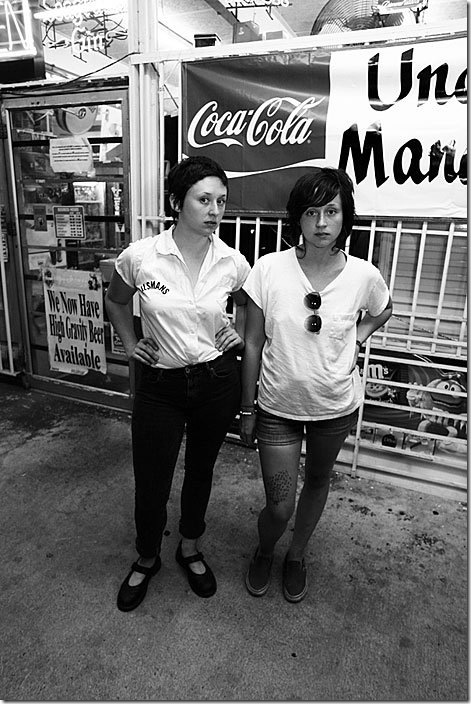 I also like the riot grrrl sound that Akiko Matsuura makes with with Pre and here Comanechi. She drums for The Big Pink. I am not sure how her free punk spirit jells with the boys from the Big Pink…

She said Destroy reminds me of Auckland band Las Tatas who recently did an excellent Iggy Pop cover (here’s the right gig, but the wrong song…)

The Coverband song is from a sold out Vinyl only comp with a most excellent name. Here’s the cover to show what we are missing. Jello Biafra come though town the other day, another gig missed. 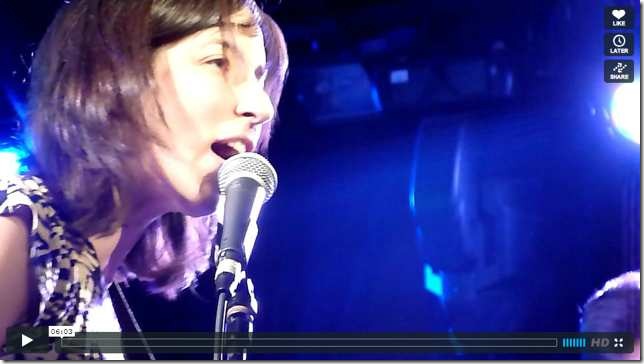 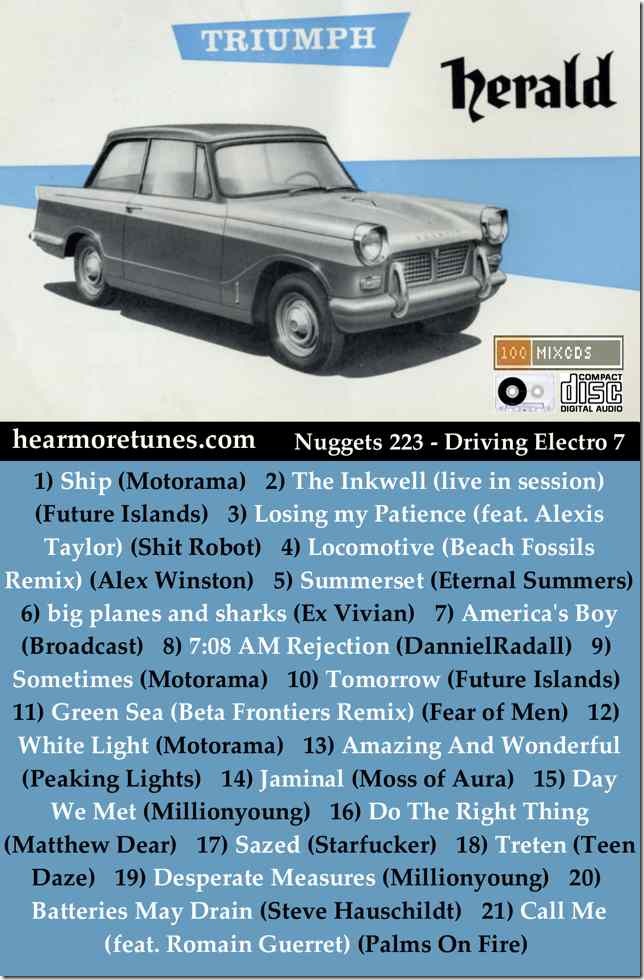 My mum had a dark green Triumph Herald. 1100 cc of raw power. It drove like a go cart, great fun.

All good tracks but I particularly like the Steve Hauschildt track from his 2011 album, Tragedy & Geometry. Uplifting and mysterious. He’s on Kranky