The long flight is over, hello San Francisco !

We have made it to Austin after a pleasant stay in San Francisco. We stayed in a older hotel on Post Street up from Union Square. Very comfortable with cheese and drinks every night at 4:30 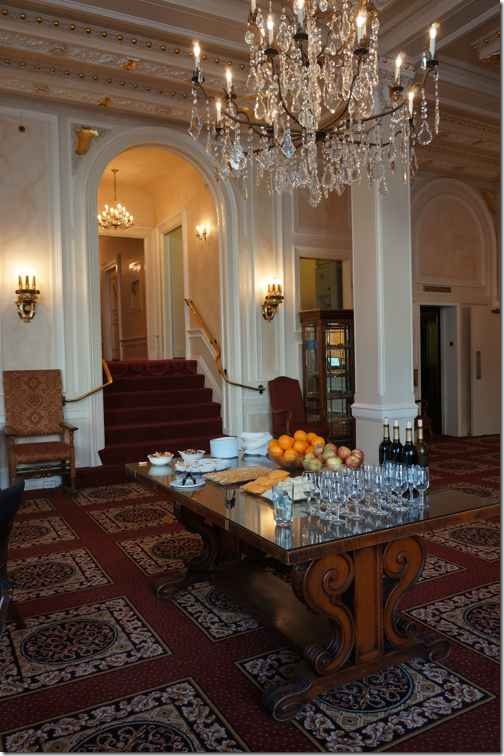 My plus one and I rode the cable cars up and down the hills, hit the farmers market in the Ferry Building, Haight Ashbury and climbed Telegraph Hill. Yours faithfully cycled to Sausalito and caught the ferry back. Great fun. 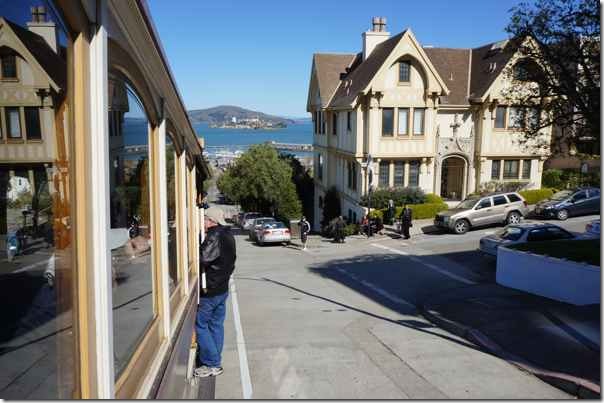 We visited the Legion of Honour at the end of California Street and took in the ‘Cult of Beauty’ exhibition, Rossetti and other stars of the English avant garde. I enjoyed the William Morris graphics and the illustrated first edition books by Oscar Wilde. We moved on to the de Young museum which holds the more modern works. A photo exhibit by a young artist who visited the city in 1964 was particularly interesting. He came to find the town hosting the 28th Republican convention with the younger population getting ready to greet the Beetles on their first tour.

My efforts not so worthy. 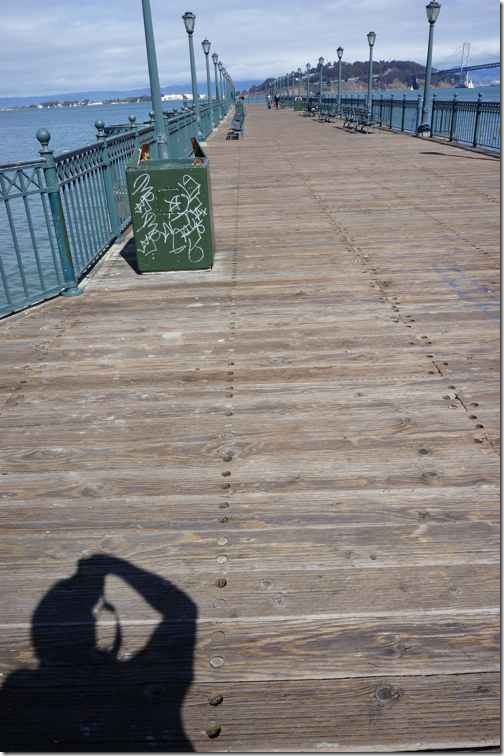 Coming down from Telegraph Hill we stopped at 1360 Montgomery Street where Lauren Bacall sheltered Humphrey Bogart in the stylish film noir – Dark Passage. There was a picture of Bogart in a window! 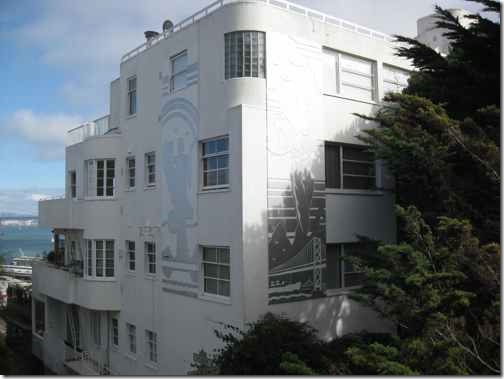 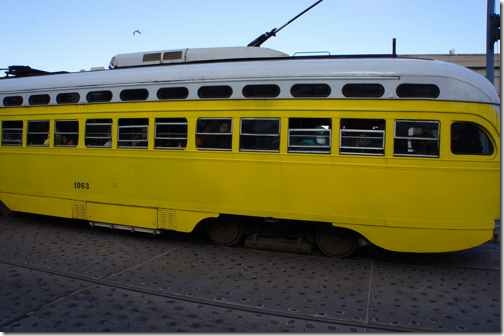 So much for being a tourist, on to the main event;  goodbye San Francisco and hello Austin Texas.