When young I was space mad. I followed all the space missions. I remember Apollo 11 and the moon landing vividly. I had a View-Master with disks of the Gemini and Apollo missions, the 3D effect was bewitching. I read Robert Heinlein and similar sci-fi, all upbeat, no dystopian futures here. The future was bright. There was no doubt that someday I would go into space. Lets face it, since then the world has turned to shit.

Several of the dogs that had gone before had died, and no one was sure whether he would survive.

A number of photos of this historic event have been published, however film footage, traditionally associated with Gagarin’s liftoff, was actually recorded during the ill-fated launch of the unmanned Vostok prototype on July 28, 1960. (Just seconds after those dramatic images of the rocket’s shadow moving across the giant flame duct of the launch complex had been captured; the vehicle exploded killing two dogs onboard.) 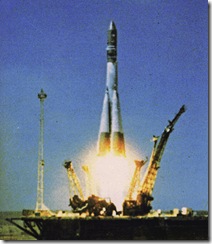 Anyhoo, when I heard that the 50th anniversary was coming up, I started this space themed mix. Hawkwind sprang to mind, specially Lemmy singing about his shiny rocket bike. It’s worth tracking down the recent BBC doco on Hawkwind, wild times. It sounds like Lemmy barely made it out alive. Here is Lemmy’s acount of what happened…

There’s lots of German Krautrock in this mix, which is ironic given the historic enmity between Russia and Germany. My problem is that I don’t really know Russian music very well.

If you have an hour & 40 minutes to kill, here is an interesting doco. The space station retraced Yuri’s path and they filmed what he would have seen.

The musical score is a bit lame IMHO, so what I suggest you do is:

1. Click on the playlist above to get the tunes going. 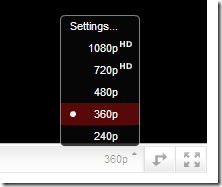 2. Click on the picture of the world above to get the doco running, then mute the sound on the doco

3. Crank the doco up full screen, and enjoy for the next hour or so…

NB – the doco has been uploaded in high resolution. If your internet connect is a fast one, try a higher resolution version like so…

I haven’t given any background to the bands. I leave it you to google them…

Some celebrities appreciate a musical shout-out, but with Kevin Spacey, not so much. The Wrap reports that Spacey sent a cease-and-desist letter to musician Jason Drake — who typically records under the name Cassettes Won’t Listen — to warn him against naming his upcoming album Kevinspacey. He got his wish: The record, due June 21, will now be called Evinspacey, which brings that extra-special hint of pig Latin a musician really needs to stand out on today’s indie landscape.

Cleaning Women, "Across The Void"